Skip to content
You are here
Home > BUSINESS > WSJ: Brace for increased domain registration fees should the UN oversight ICANN

The Wall Street Journal just published a story by Karl Borden who is a professor of financial economics at the University of Nebraska who warns that if the US gives up its oversight control over ICANN and the United Nations winds up in that roll, expect that fees are going to be imposed on every domain registration to support not only ICANN but UN activities.

The world may see history repeat itself with the Internet, and the unintended consequences are likely to be profound. The United Nations has long craved the power to tax, and the Obama administration’s decision to give up U.S. oversight of the domain-name system and the Internet Corporation for Assigned Names and Numbers, or Icann, may end up giving the U.N. that power. 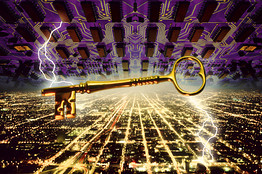 As far back as 2001, a U.N. report, “Financing the Global Sharing Economy,” proposed that the U.N. be given the authority to levy a tax on “speculative currency transactions” with a projected revenue stream north of $150 billion. Should the U.N. get control of the Internet and the global commerce it carries, that figure will be chump change.

There are political and strategic issues—involving security, privacy and censorship—associated with international control of the Internet. Should the U.N. end up in charge, it would have a chokehold on the global economy and a vast stream of revenue that would make it even more unaccountable than it already is.

All this would start modestly, of course, and it would never be called a tax. Instead, it might begin with a small fee associated with access to an obscure technical mechanism, or a small transaction charge for certain types of traffic.

But if history is any guide, the run-up to big dollars will be stunningly rapid. One need only reference the increases in U.S. federal revenues and expenditures after passage in 1913 of the 16th Amendment establishing the federal income tax. The top 1913 rate of 7% more than doubled by 1916 to 15%, then rocketed to 67% in 1917 and 77% in 1918. It always starts small.

Power follows the money, and bureaucratic appetites are voracious. Who will there be to stop the process, after all? Where is the elected legislative body that will answer to the world’s population that finally pays these “fees”?

Among the many disingenuous justifications being touted for this colossal strategic mistake is that no “government control” will be imposed on the Internet. But democratic “government control” is exactly what will be needed, and it will be absent. Constitutional governments are the means by which citizens delegate the job of protecting their individual rights, and allow them to retain at least some ability to avoid tyranny. With constitutional government it becomes at least possible for citizens to say “No—No more!” No such checks are in place for a global bureaucracy that will have the power to reach into every pocket on earth.

Can anyone doubt that within just the next few decades the Internet will be the essential infrastructure for participation in even the smallest segment of the global economy? The revenue potential associated with controlling the “rivers” of the 21st-century-and-beyond will be enormous and will finance an ever-expanding international bureaucracy, likely under the aegis of the United Nations.

Mr. Borden is a professor of financial economics at the University of Nebraska/Kearney