Skip to content
You are here
Home > Q&A > Q&A: DCA Trust Founder on Status of .Africa & Why Other African gTLDs failed to Go Live!

ITBusiness: We spoke with the Pioneer of the .Africa gTLD and Yes2dotAfrica Campaign Sophia Bekele, also named African Trailblazer – Made in Africa – by the “Collector’s Edition” of UK’s Premium “NewAfrican Magazine” & one of top ICT Women in Africa by Bloomberg TV, on the status of the most controversial domain .Africa.

ITB Q1: What is the Status of .Africa battle

S. Bekele: The status of .Africa is now at the US Court, mainly because of ICANN did not manage to oversee a proper evaluation process and generally mishandling our application, despite having rightfully won an arbitration by an Independent Review Process (IRP)  Panel. 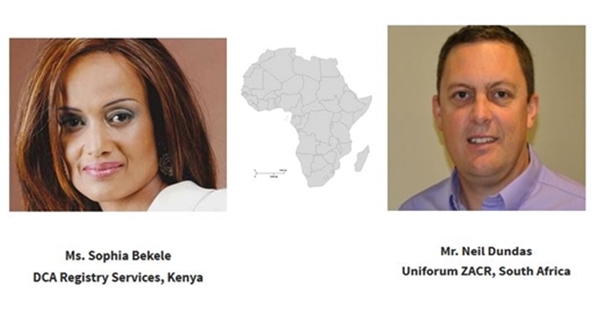 ITB Q2. I read recently that ZACR made an issue of the .africa debate being amongst ‘US Company’ meaning  ICANN and ‘US Residency’, must be you?

S. Bekele: Well you know very well that DotConnectAfrica is an African based company with offices in multiple countries in Africa.  But ZACR has had a disinformation campaign for very long against DCA, its mission, purpose and its people, as well as the ICANN application process.  It is amazing how far they have gotten away with it.  That is what happens when the Chief of Police is your father (smile).

ITB Q3. You have had a six year Yes2dotAfrica awareness Campaign that DCA was recognized for, that seem suspended now, until the court issues are resolved.

S. Bekele: Yes we did.  I traveled all over Africa for that many years using Kenya as my base. In fact as you know much of my professional Entrepreneurship work is attributed to Africa.   Certainly, when DCA filed the IRP in 2013 in US,  I stopped going to any of the ICANN International meetings and spent much of my time in US, focusing my efforts on following the legal case.  However, I am in touch daily with my officers and staff all over Africa.

Such remote engagement has also confirmed to me my long term campaign of bridging the digital divide for Africa through the transformative power of technology.   A good example I have cited in the past, is how such innovation is about taking the enabling technology to the farmer, and not about taking the farmer out of the farm.   There may be farmers of course that still have not grasped such widely accepted concept yet.

S. Bekele: ICANN has stated that the UNECA and AUC is sufficient to fulfil the requirements of the new gTLD process. DCA is the first organization to receive original endorsements from the Regional African organizations, both the United Nations Economic Commission for Africa (UNECA) and the African Union (AUC), among other governments and US based Africa partners and International language Community.

ITB Q5. We understand now that DCA’s endorsement cannot be withdrawn under ICANN’s rules.  But why do you think the AUC try to withdraw your endorsement.

S. Bekele: Certain vested interest groups represented by AU DotAfrica Taskforce within the AUC decided they wanted the .Africa name be reserved by ICANN to the AUC as a special legislative protection that would enable the African Union to delegate the .Africa string to a structure that the AU itself would identify and select, to later find that it was outside the auspices of the ICANN new gTLD Program.  The same process also exposed the AUC  was to select this same vested group, which is a conflict of interest.

ITB Q6. What is your take on ZACR and AUC concern over the delay of .Africa for Africa

S. Bekele: Leaving the legal and transparency issues aside, which the California Judge already conveyed to the public so well in the Order granting Preliminary Injunction for case no. 16-CV-00862 RGK (JCx) [PDF],  by stating

“…public interest favors granting a preliminary injunction ….[Cont’d]….The evidence supporting ICANN’s argument is a declaration of Moctar Yedaly, the head of the Information Society Division of the AUC’s Infrastructure and Energy Department. (Yedaly Decl. ¶ 11, ECF No. 40.) The AUC’s relationship with ZACR, and its interest in preventing the delay of issuing rights to .Africa creates a conflict of interest. Therefore, on this point, the Court accords little weight to the Yedaly Declaration.

On balance, the Court finds it more prejudicial to the African community, and the international community in general, if the delegation of .Africa is made prior to a determination on the fairness of the process by which it was delegated.

For the reasons stated, the Court finds the public interest favors granting the preliminary injunction…”

You will find that even the exhibit that ICANN used to justify the delay was one that I campaigned for in ICANN 39 Cartegena Colombia in front of the ICANN board see Page 6 of Exhibit A Declaration of Kevin Espinola & Attached Exhibits [PDF, 10 MB].  Simply put, that was in the context of approving the New gTLDs which was being delayed year after year.  As you may note in my statement, I said “ without asking exception for Africa”.   Therefore, during our campaign in Africa, after we find that our support was being sabotaged, our motto became “Before Africa does “brand.africa let it do “goodgovernance.africa”  and you can fine in the excerpt from the Key Note Address I made in Kenya for an ICT summit.  Therefore, my take seem to mirror the Judge’s and many leadership in Africa and businesses will be quick to agree.

Point is, I initiated the .africa gTLD and everyone knows that in ICANN & Africa.  Where were these people complaining now on a delay for Africa, while they simply adapted a ‘do nothing’ approach when .eu and .asia were launching.

ITB Q7.  Why do you think African Governments would support DCA Trust vs. AUC?

S. Bekele:  I cannot see African governments wanting to support an application that was and continue to be in violation of international policy, as administered by the AUC‘s “Infrastructure Division” who provided leadership on this .Africa administration process on behalf of the AUC.

The African Heads of State and Governments were and are still not properly briefed on the .Africa matter.  From the “Reserve Name” request to the “AUC RFP”, and then the “Application submission at ICANN” including the “GAC Objection” they did, the handlers at the AUC exercised recklessness, never followed the guidebook as set out by ICANN.  DCA believes there is a huge lack of understanding and competency on the AUC side to operate this matter independently and the consultation they did with ICANN was very ICANN self serving and self preserving, reason they failed in all stages of their attempt.

As DCA sees it, the actions of both organizations were not transparent and accountable.   They are highly unethical and prejudicial to the African publics.   In fact, African Governments should be asking questions and taking their own actions so that such should never be repeated in Africa again.

ITB Q8.  And the 17 African Governmental Objections sent to ICANN?

S. Bekele: Any governmental objection made by African Governments was rendered invalid by the IRP outcome.  This validates all what DCA has been saying to our defense during the objection process.

ITB Q9:  The recent raging news as reported by the Register UK on ICANN terminating  9 out of the 17 African new Top-level Domain (TLD) this week as a result of missing their deadlines to go live is overwhelming, particularly after paying USD 185k. What is your take.

S.Bekele:  Very unfortunate and a tragedy.   I know these companies very well.  They are private sector, financially strong and hugely successful companies.   The ICANN Africa leadership as I have always said publicly, is a failed state.  The new initiative by ICANN called “ICANN Africa Strategy” put its focus mostly behind the scene on .africa, as most of the members are part of the .africa vested interest group.  The leadership group are basically a rehash of the previously failed group and is based on a government-led and civil society empowered model, with those whose capacities and networks cannot attract anyone outside that group.  But ICANN have continued to support them.  The African private sector has failed to engage as a result, and we are seeing just the start of the meltdown.  I would love to invite you and your readers to read my Circle ID commentary on the ICANN Africa Strategy – A view from the inside.  It would share some light for you on this matter.

With the end of this Q&A, ITBusinesDirect will update you constantly as the case of battle for .Africa rages on ICANN’s new gTLD business.