The same Russian hackers who breached the State Department system for months also gained access to an unclassifed White House computer system, according to a report from CNN. 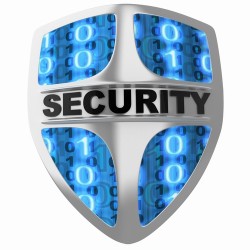 Although the system did not contain classified information, the Russians reportedly had access to the president’s private schedule. The connected cyberattack on the State Department in recent months has been characterized as the “worst ever” hack on a federal agency.

The White House is no stranger to attacks from foreign spies. The Chinese have been implicated in several high profile attacks of White House unclassified systems and employee emails.

News of the breach comes as government officials are becoming increasingly concerned about cyber threats from Russia. FBI director James Clapper told a Senate committee in February, “The Russian cyber threat is more severe than we have previously assessed.”

The Russian breach on the White House comes as the Obama administration pursues an aggressive cybersecurity agenda. In the wake of high profile private sector data breaches on companies like Sony and Target, the president signed an executive order aimed at increasing information sharing about cyber threats among private sector companies and federal agencies. Congress is also considering legislation that would create information sharing mechanisms.

In addition to policy implications, the Russian hack is significant ahead of the 2016 election. The months-long cyberattack on the State Department comes as Hillary Clinton faces media scrutiny for using a personal email account during her tenure as secretary of state. This particular breach is believed to have started in the past year, well after Clinton left her perch as secretary of state. However it remains relevant as voters assess whether or not Clinton took proper precautions to protect sensitive communications about national security on her private server.

Across the aisle, Congressman Darrell Issa told CNN he only became aware of the details of the Russian hack on the White House today, when media reports began to surface. Issa sits on the House Foreign Affairs Committee.

But even if members of Congress were not briefed on this particular hack, increased concern about Russian cyber threats will likely influence discourse when they return from recess next week and resume consideration of the controversial Cybersecurity Information Sharing Act (CISA).

Privacy advocates told TechCrunch that fear about recent high profile hacks could result in lawmakers passing CISA without introducing adequate safeguards to protect citizens’ civil liberties. They are concerned giving government agencies and companies the ability to share information about cyber breaches will result in the government obtaining more personal information that could be used for surveillance.

Even though the focus of this particular bill lies in increasing protections for the private sector, a high profile breach on government security that have advanced security measures in place will only add to the political pressure for Congress to act fast on cybersecurity.

As adapted from TechCrunch