Skip to content
You are here
Home > BUSINESS > Installation of Huawei 5G banned in the U.K. 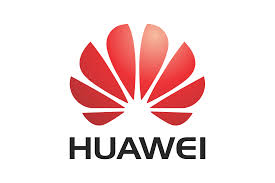 United Kingdom on Monday detailed plans to phase out Huawei from its 5G networks. Come September 2021 carriers installing the Chinese firm’s gear will have to stop.

The U.K. government decided to ban 5G equipment from Huawei over the summer. Reversing course after heightened pressure from the United States. Westminster had initially allowed it a limited role in the U. K’s 5G deployment.

Washington has imposed devastating sanctions on it. It is claiming that the Shenzhen-based company could enable the government in Beijing to spy on sensitive communications. For its part,it denies the U.S. allegations.

“Mobile network operators will be forced to stop buying it’s equipment from the end of 2020 and to strip out the firm’s gear from their infrastructure entirely by 2027,” said Oliver Dowden, the Culture Secretary in July 2020.

Now, Dowden has laid out a roadmap to reduce Huawei’s 5G market share in the country to zero. Banning the installation of Huawei equipment in 5G networks from Sept. 30, 2021, seems to be his first step. However, carriers will be allowed to maintain Huawei equipment installed before this date.

Meanwhile, the U.K. is also set to spend $333 million to help diversify its 5G supply chain. The government is creating a National Telecoms Lab research facility and funding a trial with Japan’s NEC to develop innovative open radio technology for 5G.

“Today I am setting out a clear path for the complete removal of high-risk vendors from our 5G networks,” Dowden said in a statement on Monday.

Dowden issued that it will be done through new and unprecedented powers to identify and ban telecom equipment that poses a threat to national security.

Huawei warned of the economic damage to the U.K. The firm claims the ban could delay the rollout of high-speed 5G internet in the country.

British lawmakers will debate the new Telecommunications Security Bill. It encompasses the new rules on Huawei at the second reading in Parliament on Monday.

Last week, it was announced that U.K. carriers would be fined up to 10% of their revenues or $133,000 a day if they fail to comply with the rules.

Under the legislation, security protocols around UK networks will also be strengthened with fines – of 10% of turnover or £100,000 a day – for those who do not meet the new standards.

Communications regulator Ofcom is to be tasked with the monitoring and assessing of security protocols among telecoms providers.

From Canada to Germany, India and Sweden, millions around the world rely on our fiercely independent, global journalism every day. Thank you for joining us today from Kenya. Since we started publishing 200 years ago, readers have turned to us in moments of crisis, uncertainty, solidarity and hope. More than 1.5 million supporters, in 180 countries, now power us financially – keeping us open to all, and fiercely independent.

Unlike many others, the Guardian has no shareholders and no billionaire owner. Just the determination and passion to deliver high-impact global reporting, always free from commercial or political influence. Reporting like this is vital for democracy, for fairness and to demand better from the powerful.

And we provide all this for free, for everyone to read. We do this because we believe in information equality. Greater numbers of people can keep track of the global events shaping our world, understand their impact on people and communities, and become inspired to take meaningful action. Millions can benefit from open access to quality, truthful news, regardless of their ability to pay for it.

The decision takes into account our specific national circumstances and how the risks from these sanctions are manifested in the UK.

The existing restrictions on Huawei in sensitive and critical parts of the network remain in place.

The US action also affects Huawei products used in the UK’s full fibre broadband networks. However, the UK has managed Huawei’s presence in the UK’s fixed access networks since 2005 and we also need to avoid a situation where broadband operators are reliant on a single supplier for their equipment. As a result, following security advice from our world leading experts, we are advising full fibre operators to transition away from purchasing new Huawei equipment. A technical consultation will determine the transition timetable, but we expect this period to last no longer than two years.