Skip to content
You are here
Home > BUSINESS > Apple posts $18 billion profit, the largest in its history 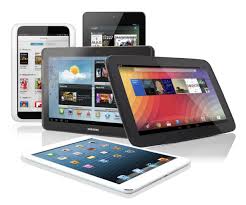 Apple just posted its first quarter results, and as expected, it was a big one. Led once again by record sales of new iPhones and holiday sales of iPads and Macs, Apple posted earnings of $18 billion on $74.6 billion in revenue, far above what it forecasted back in October, and marking the highest quarterly profit in its history.

By product, Apple sold 74.5 million iPhones, 21.4 million iPads, and 5.52 million Macs. Those numbers were up big from the number of iPhones and Macs Apple sold during the same time last year, but down big for the iPad.

“We’d like to thank our customers for an incredible quarter, which saw demand for Apple products soar to an all-time high,” Tim Cook, Apple’s CEO said in a statement. “Our revenue grew 30 percent over last year to $74.6 billion, and the execution by our teams to achieve these results was simply phenomenal.”

The results came in above Apple’s own estimates, something investors have come to expect — though even for Apple …..read on verge