With the end of the first half of the year in sight, it looks like Fitbit may be the last tech IPO of what so far has been the slowest year for new public offerings in the sector since 2009.

That was the middle of the banking crisis and just after Sequoia Capital made its “RIP:Good Times” presentation to its portfolio CEOs in 2008. 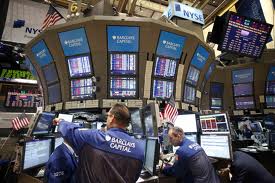 There have only been two tech companies from the Bay Area to go public so far this year — Box and Apigee — and San Francisco-based Fitbit, sued again this week by rival wearable startup Jawbone, is set to be No. 3 next week. It hopes to raise as much as $549 million.

By comparison, there were 11 tech Bay Area tech IPOs in the first half of last year.

Unlike what happened during the financial crisis of seven or eight years ago, however, fund flow is continuing at record levels. Huge fundings at $1 billion-plus unicorn valuations continue at a record pace.

CB Insights reported this week that there have been 10 funding rounds of more than $500 million this year. In 2014 and so far in 2015, the investment database research firm reported that there have already been five times the number of $500 million-plus financings than in the previous four years put together. Get full article