Oracle misses on earnings as investments drag down quarterly profit 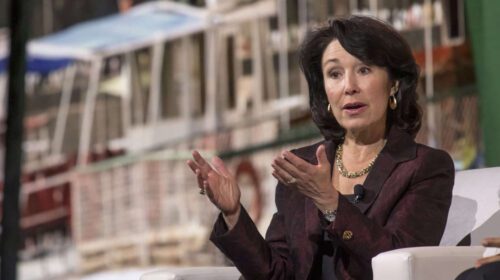 Here’s how the Oracle did:

“We remain confident that our investments in these two cutting-edge technology companies will deliver very strong returns for Oracle,” Oracle said.

The company’s short-term deferred revenue, at $7.87 billion, came in below the StreetAccount consensus of $8.01 billion.

Supply shortages persist for Oracle, which sells hardware equipment for companies to deploy in data centres. “We couldn’t meet every need as quickly as we would have liked,” Safra Catz, Oracle’s CEO, said on a conference call with analysts.

In the quarter Oracle announced its intent to acquire Cerner, a developer of software for managing health records, for $28.3 billion in cash.

Oracle said it expects $1.35 to $1.39 in adjusted earnings per share and 3% to 5% revenue growth in the fiscal fourth quarter. Analysts polled by Refinitiv had been looking for $1.38 per share and $11.76 billion in revenue, which works out to 4.8% revenue growth. The guidance does not include any contribution from Cerner, although the deal could end up closing in the quarter, Catz said.