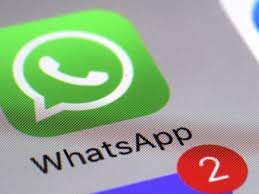 WhatsApp has been working on multiple device support for a while now though it is yet to confirm the same. We know that such a feature is in development through its beta updates, and again, another beta update has dropped major clues about it leading us to believe WhatsApp may roll it out soon.

According to a report by WABetaInfo, the new update- WhatsApp v2.20.196.8 beta for Android has given a glimpse of two features that include advanced search and multiple device support.

The company has reportedly been working on the ability that will allow one account to run on multiple devices. The report said that the latest beta update indicates what the user interface (UI) will look like or what it can be called. The work for the advanced search mode has been going on for a while now and the new beta has shown some UI improvements that WhatsApp has made for the feature.

The new feature is expected to be accessed via a three dots icon present on the top right of the screen. It is likely that the feature here will allow users to access a WhatsApp account on multiple devices. The idea is that users will not have to log out of one account to use another, which is not the case as of now. WhatsApp may also permit four devices to sync at the same time, the report said.