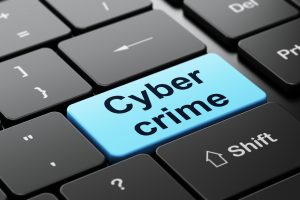 There is potential for increased cyber-crime attacks in Africa as cyber-criminals target mobile devices, Techmoran reports. This deduction comes from the quarterly analysis of the global Threat Index by Check Point® Software Technologies Ltd which also revealed deep disparities in the threat environments in Africa.

African countries that were highly ranked in the index include Namibia and Malawi which were second and fourth positions respectively and Nigeria which had moved up two positions from the 18th to the 16th. Kenya, on the other hand had dropped from the 45th position to the 69th position, which is good news.

The Threat Index is based on threat intelligence drawn from Check Point’s ThreatCloud World Cyber Threat Map. This index tracks how and where cyber-crime attacks are taking place worldwide in real time. As Techmoran reports,Rick Rogers, Area Manager for East and West Africa at Check Point Software Technologies, says Nigeria’s worsening ranking may be due to a dramatic increase in threats targeting mobile devices specifically, while Kenya’s improvement could reflect a growing maturity in security awareness.

“It’s not immediately clear why the East and West African hubs are experiencing such different moves in terms of cyber-attacks, and we are generally seeing a lot of volatility month to month for many of the countries on the index. But this quarter, mobile malware ranked as one of the ten most prevalent attack types affecting corporate networks and devices for the first time ever.”