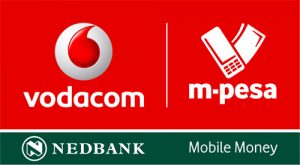 Earlier in the year, Vodacom said that it was reviewing M-Pesa South Africa. The service that was launched in 2010 and re-launched four years later, was expected to have millions of users but it only garnered 76,000 active users.

In South Africa unlike in Kenya, most of the population has formal bank accounts. South African banks’ competitive products may have stifled the growth of M-Pesa there. Vodacom recognized this by saying:

“In other markets where financial inclusion is limited and where there is a more supportive macro environment, M-Pesa continues to gain solid traction based on exponential growth in customer acquisition. Kenya and Tanzania are prime examples of this. It is important to note that this decision does not affect M-Pesa customers in Tanzania, Lesotho, Mozambique and the DRC, where the product continues to grow exponentially.”

The M-Pesa service will be discntinued from 30th June 2016. Mr. Joosub assured customers by saying:

Vodacom is fully committed to mitigating any inconvenience to customers impacted by the decision and assures all M-Pesa South Africa customers that their funds remain safe and readily accessible. We remain of the opinion that opportunities exist in the Financial Services environment and we will continue to explore these.”